On the latest developments in Catalonia

 Spain is a consolidated democracy governed by the rule of law, which defends and guarantees the rights and freedoms of all citizens. The Spanish Constitution of 1978 proclaims the separation of powers, the rule of law, legal security and the prohibition of arbitrary action by public authorities.

 Articles 1 and 2 of our Constitution enshrine the principles of national sovereignty, which resides in the Spanish people as a whole, and of national unity, in line with the fundamental precepts of advanced democracies. The exercise of an alleged right of self-determination by a part of the Spanish territory is not allowed in the Spanish Constitution, as it is not allowed in the Constitution of any country in our political sphere, in accordance with International Law. However, unlike the fundamental precepts of other countries, those applicable in Spain can be modified, albeit via a rigorous process of amendment that requires greatly reinforced majorities.

 It is important to note that the right of self-determination of peoples, according to United Nations doctrine and international jurisprudence, is only applicable to colonial territories or those subject to foreign subjugation, domination or exploitation.

 It should also be recalled that, as all European authorities have stated, the treaties of the European Union enshrine the fundamental principles of freedom, democracy, the rule of law and the preservation of the territorial integrity of its Member States.

 Furthermore, the cases of the United Kingdom and of Canada are not comparable. The referendums held in Scotland and Quebec were conducted in strict accordance with their respective constitutional frameworks, which allowed such an agreement to be reached with their governments. Neither British nor Canadian legislation allows their regions to unilaterally convene a referendum on self-determination.

 In recent weeks, the secessionist defiance promoted by certain institutions in Catalonia has escalated in a way that underscores its authoritarian, arbitrary and antidemocratic nature, and its intention to openly contravene the prevailing legal framework.

 Spain’s Constitutional Court (responsible for ensuring that legal provisions and the activity of public authorities are in accordance with the Spanish Constitution) has, on many occasions, ruled on this secessionist challenge and declared that holding a referendum on selfdetermination in Catalonia would be unconstitutional.

 Nevertheless, on 6 and 7 September 2017, the regional Parliament of the Autonomous Community of Catalonia passed two Acts: the Self-Determination Referendum Act and the Act on Legal Transition and the Founding of the Republic. Both Acts are in open breach of the Spanish Constitution and of Catalonia’s Statute of Autonomy—which guarantees its self-government— and aim to impose a non-existent parallel legal system.

 This action by the Catalan Parliament contravened the basic rules of procedure, disregarded the criteria of advisory bodies and disallowed participation by members of the parliamentary opposition, thus committing a flagrant breach of their rights and of legality. Consequently, the President of the Generalitat (the regional Government of the Autonomous Community of Catalonia) signed a decree convening a referendum on self-determination to be held on 1 October, and launched a series of actions in support of the proposed referendum.

 The way the Speaker of the Parliament and her political allies behaved at the Catalan parliament on September 6th and 7th, by suppressing the voices of the opposition and ignoring the advice of the Parliament´s own legal experts and even of the Catalan “Council of Statutory Guarantees” (the Catalan equivalent of the Spanish Constitutional Court), represents a gross violation of the rule of law which has no place in the European Union.

 These laws were processed via a single-reading fast-track procedure that had been suspended by the Constitutional Court and was therefore illegal, also, the parliamentary opposition was thus deprived of such basic parliamentary rights as 1.-having access to the text of the bill at least 48 hours before it is debated; 2.-the possibility of requesting an opinion from the Council for Statutory Guarantees regarding the bill’s compliance with the Spanish Constitution and with Catalonia’s Statute; 3.-the availability of a reasonable period in which to submit amendments.

 It should also be noted that these laws passed with a requirement of a simple majority, rather than a supermajority of two thirds, as it is needed to reform Catalonia’s Statute of Autonomy, and as it is required by the Statute itself to approve any amendment to electoral legislation.

 Faced with this violation of the legal system and of the Constitutional Court rulings, the State Prosecutor’s Office and the Judiciary have initiated proceedings against those who have participated in any acts related to the preparation of the proposed referendum, primarily on the grounds of the possible offences of contempt of court, malfeasance and misappropriation of public funds. In consequence, State Security Forces, at the behest of the judicial authorities, are carrying out actions involving the confiscation of material related to the referendum, searches of public offices and arrests.

 These actions are being taken as part of a judicial process, with due process of law and at the instructions of independent judicial authorities.

 The measures are intended to prevent the organisation of the referendum and to respond to acts of violence and intimidation against authorities and officials, incited by certain secessionist forces that seek to undermine public order, impede the actions of the authorities and harass and threaten those who do not wish to participate in this illegal process.

 Our Constitution guarantees that no one will be persecuted for their ideas. However, those who act in breach of the law will be prosecuted. As in any democratic State governed by the rule of law, the public institutions, in this situation, are acting to uphold respect for the law and for the fundamental rights of citizens, against acts in breach of the law and of judicial decisions. No one is above the orders of judges and other judicial authorities, who are independent under the rule of law, nor above the rulings of the Constitutional Court. And no advanced democracy can accept a major challenge, promoted by certain public leaders, who seek to destroy the framework of coexistence, to flout democratic laws, to impose a secessionist project by force and, in so doing, openly contravene the rights of all citizens

What you can read next 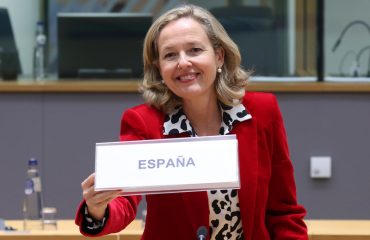 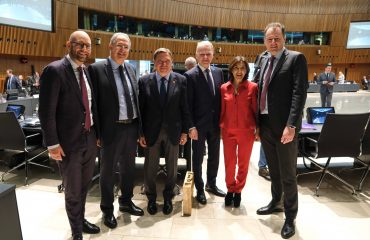 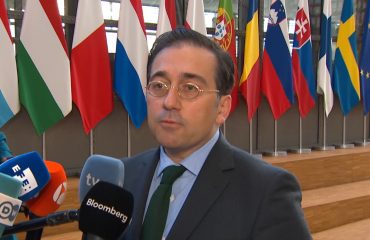